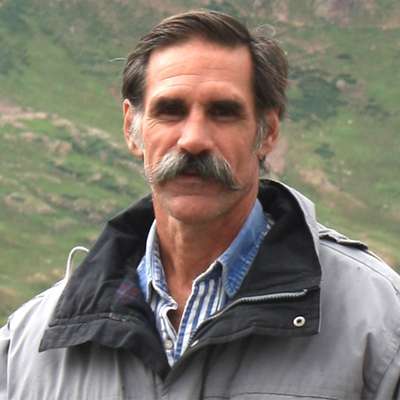 I was born in Hollywood CA, but have not been back since. My parents took me to the jungles of NE Bolivia where they translated scripture for an Amazonian indigenous group. From a young age I enjoyed nature and wanted to teach about the environment. I also had an interest in Physical Education (PE), thus completed a BA in that subject at Azusa Pacific University. Later, I had the opportunity to work with Amazonian Indians on community projects and teacher training. I had every intention to teach, but God opened doors to linguistics, and I finished an MA hoping to serve in Indonesia. When that wasn’t possible we went to Sudan instead. After some years there, we had to return to the US due to a hereditary nerve condition my wife had. I realized I was more interested in the people who made the noises than in the noises they made, so went back to school for a degree in Anthropology. I know now why they call PhD a terminal degree. Currently I live and work at the Dallas International University teaching culture related courses, with special focus on how cultural systems affect mission work and exegesis.

I have been thinking a lot about the question, How do you prune a tree? The answer that has emerged in my mind is, What do you want it to look like in 10 years? There is a parable about pruning, in which everyone gets pruned, whether they are productive or not. But there are many examples of God shaping people’s lives in preparation for what He plans for them to do at some point in the future. Using two examples from Uganda and Bolivia, God calls people to Himself, or to closer faith in Himself in specific and unique ways. When working cross-culturally it is easy to overlook the fact that God is already at work in people’s lives in ways we might not recognize or appreciate. In this we are called to come alongside those whom He has called, Gospeling them, encouraging them, challenging them, and taking part in God’s plan for their lives.